American Shipper, an industry publication, is reporting the The International Longshoremen’s Association (ILA) is calling for a one-day coast-wide shutdown of ports along the Atlantic an 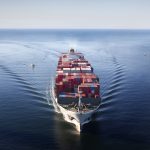 d Gulf Coasts and a march in Washington to protest “government interference” by the Waterfront Commission of New York Harbor and state port operators in the Southeast. No date is set for the protest.

A press release said the union, whose members work at marine terminals from Texas to Maine, “are calling for a shut down of ports along the Atlantic and Gulf Coasts and a march on Washington to protest job loss and the resulting negative impacts on America’s economy. The planned daylong protest in Washington will highlight hiring practices in some of the nation’s ports that purposely reduce the numbers of dockworkers, causing immeasurable damage to the nation’s economy.”

Cargo Services is a U.S. logistics services company. We’re watching for more news on this situation and
how it could affect client’s cargo shipments. Contact us if you have questions.