As of late last week there were up to eight container ships anchored in the waters off the port of LA-Long Beach, with more due to arrive. Port congestion creates an unusual situation with wait times to unload freight keeping the supply chain in sync. Some experts say the current gridlock at these ports (considered a major import/export hub in the United States) is among the most severe disruption seen in the past two decades. 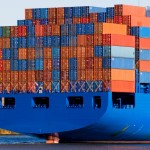 Art Wong, spokesperson for the Port of Long Beach, told JOC.com, a national freight online journal, says the current congestion ― while serious ― is nowhere near as bad as a decade ago. “This is not 2002 or 2004,” Wong said. “In 2004, ships were backed up halfway down to San Diego, like 50 miles down the coast. It was way worse than this current congestion.”

Regardless, Cargo Services team knows the short-term congestion problem could be a long-term problem for Midwest importers and exporters. Managing Director John Rowe says Midwest imports may be impacted by the LA-Long Beach port congestion problem into 2015. He says the team is advising clients to move a good portion of their import supply chains through Seattle/Tacoma and Prince Rupert with a secondary plan to move cargo through Vancouver.

Rowe cites many reasons for the congestion.

On the dock container piles are building up due to lack of chassis and truckers to move containers to rail yards for transport to Midwest rail ramps. It could take months for the port and chassis leasing companies to develop a workable long-term solution of a “grey chassis depot” to service the port operations.

Chassis operators need to add more equipment to handle the day-to-day flow of containers to rail yards. There is a plan for adding 3000 new chassis, but that could take months.

Negotiations continue for a new contract between the International Longshore and Warehouse Union and employers represented by the Pacific Maritime Association. The ILWU labor problem of work slowdowns adds to the container congestion every week; containers continue to build up in piles waiting to be transported to rail yards.

Long-term there’s a human resources problem with not enough drivers to move containers around the port. That problem won’t be solved until the port operators figure out a way to get truckers in and out of the port without long wait times. That will allow truckers more turns per day, which means they make more money per day.

If you have questions or would like to proactively manage your cargo shipments through West Coast contact us now.